The existing Aloha HS locker rooms did not meet Title IX gender discrimination requirements. Beaverton School District (BSD) engaged BBL Architects (BBL) to design new locker rooms, team rooms, showering facilities, physical therapy and associated office and conferencing areas to meet the legal requirements of Title IX. Design began in summer of 2016 and the project is currently under construction. The district opted for a longer construction period of 6 months due to the complexity required to properly modify the locker rooms.

Girls and boys locker rooms and associated spaces will meet the requirements of Title IX by matching the square footages and amenities between genders. This design requires demolishing the entire area down to the structural columns to reallocate space while enhancing access and aesthetics. The girls staff requested additional team rooms, so we accommodated this need by providing smaller rooms equaling the square footage of the 2 team rooms requested by the boys staff. Locker rooms were identical with the exception of urinals in place of toilets in some locations. Existing plumbing lines were incorporated into the new layout to minimize cost and structural elements were captured into walls, resulting in spaces that enhance function while meeting the title IX requirements. Intricacies of equality were not only captured in square footage, but also function. For example: the training room distance from both the boys and girls locker rooms was equal in length.

The interior design of the space uses neutral colors as a canvas but boldly reflects school spirit through durable materials that are combined to create the abstract repetition of Aloha’s “A”. Bold paint designs are employed throughout to economically add drama and the angles continue from floor to wall and ceiling to encompass the teams in school spirit. Logos are mounted throughout both locker rooms and team rooms to reinforce unity, while a large custom metal 3-D logo is displayed in the central hallway alcove highlighted by dramatic colored downlights. 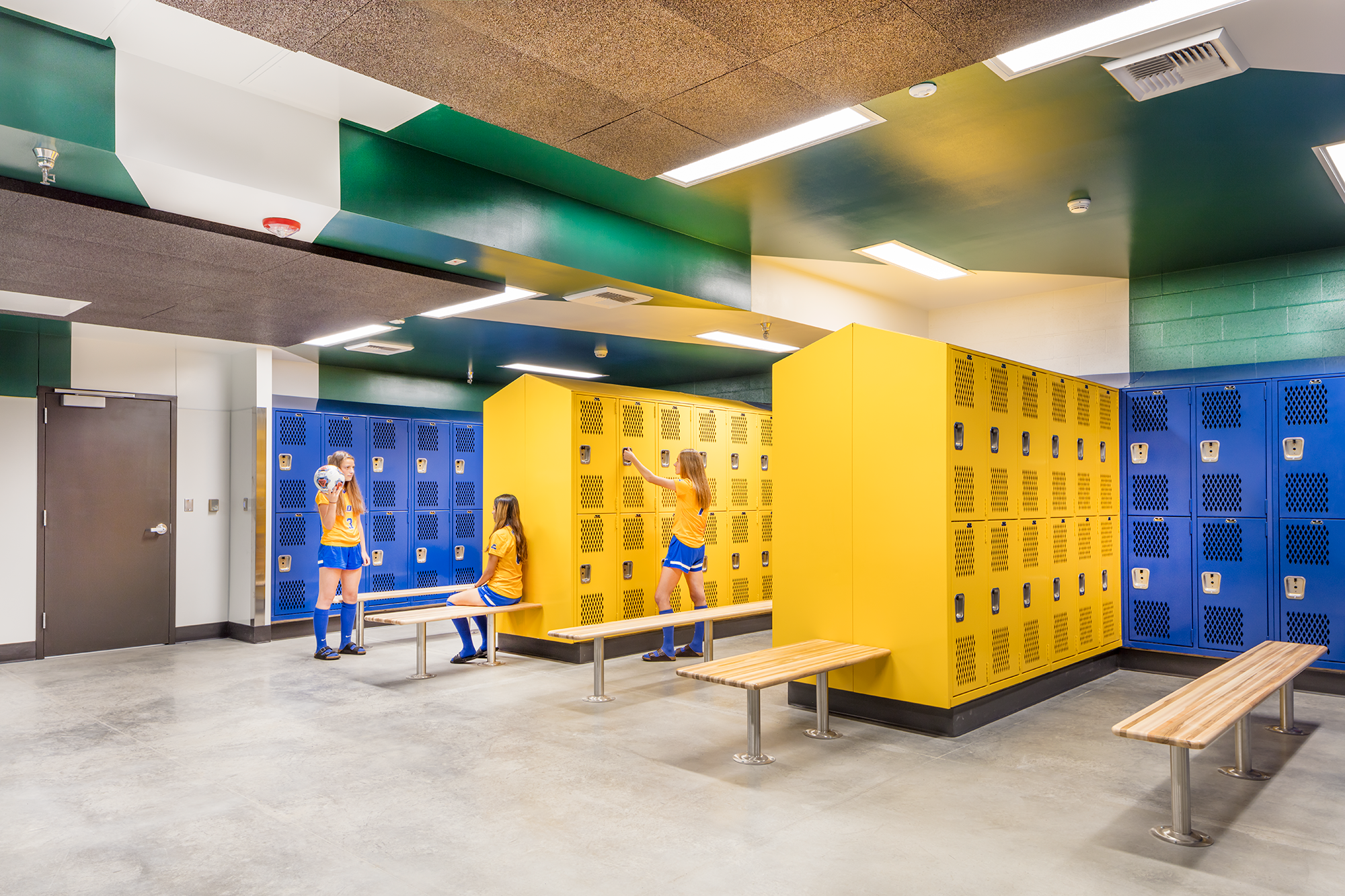 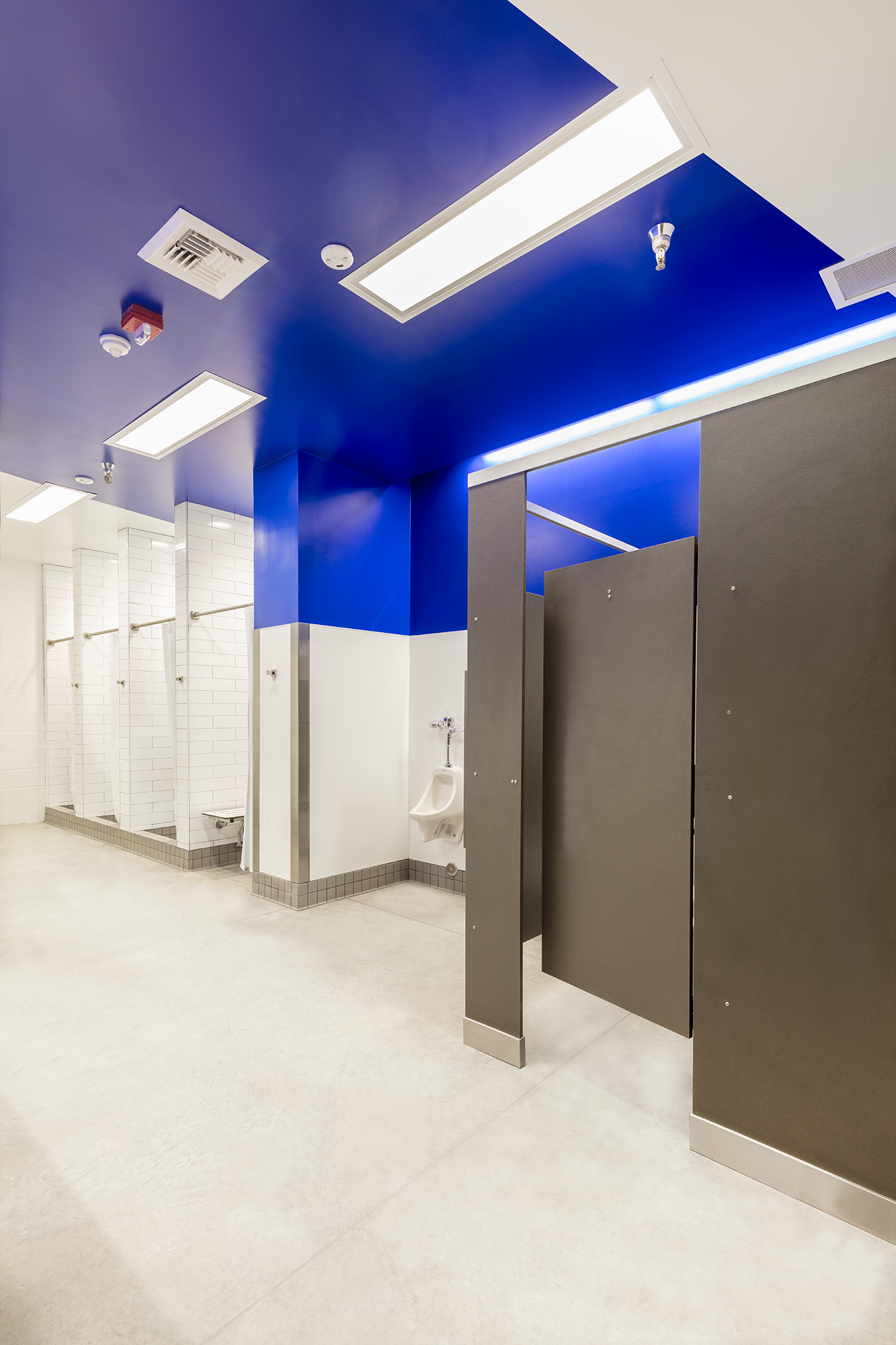 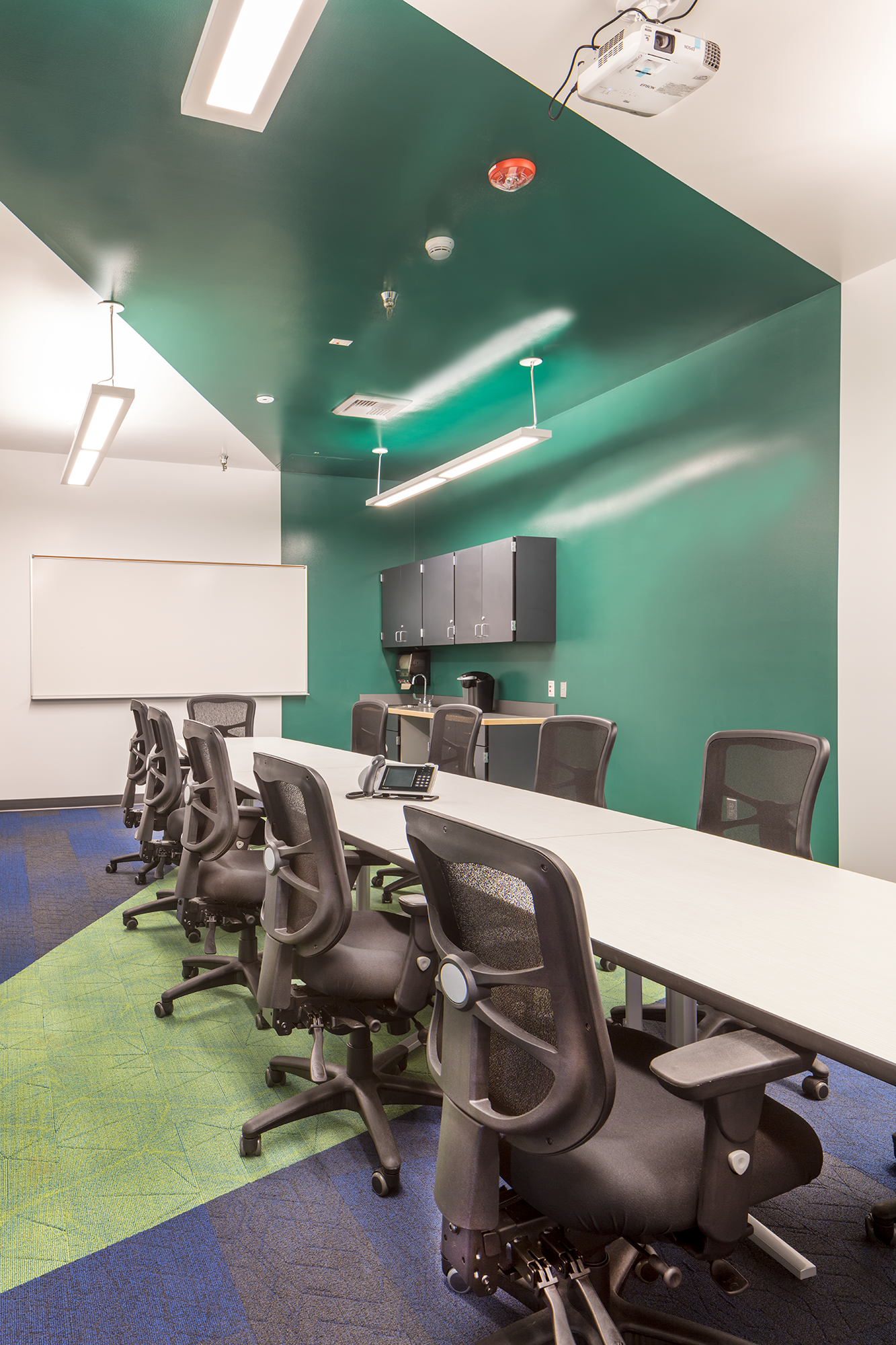 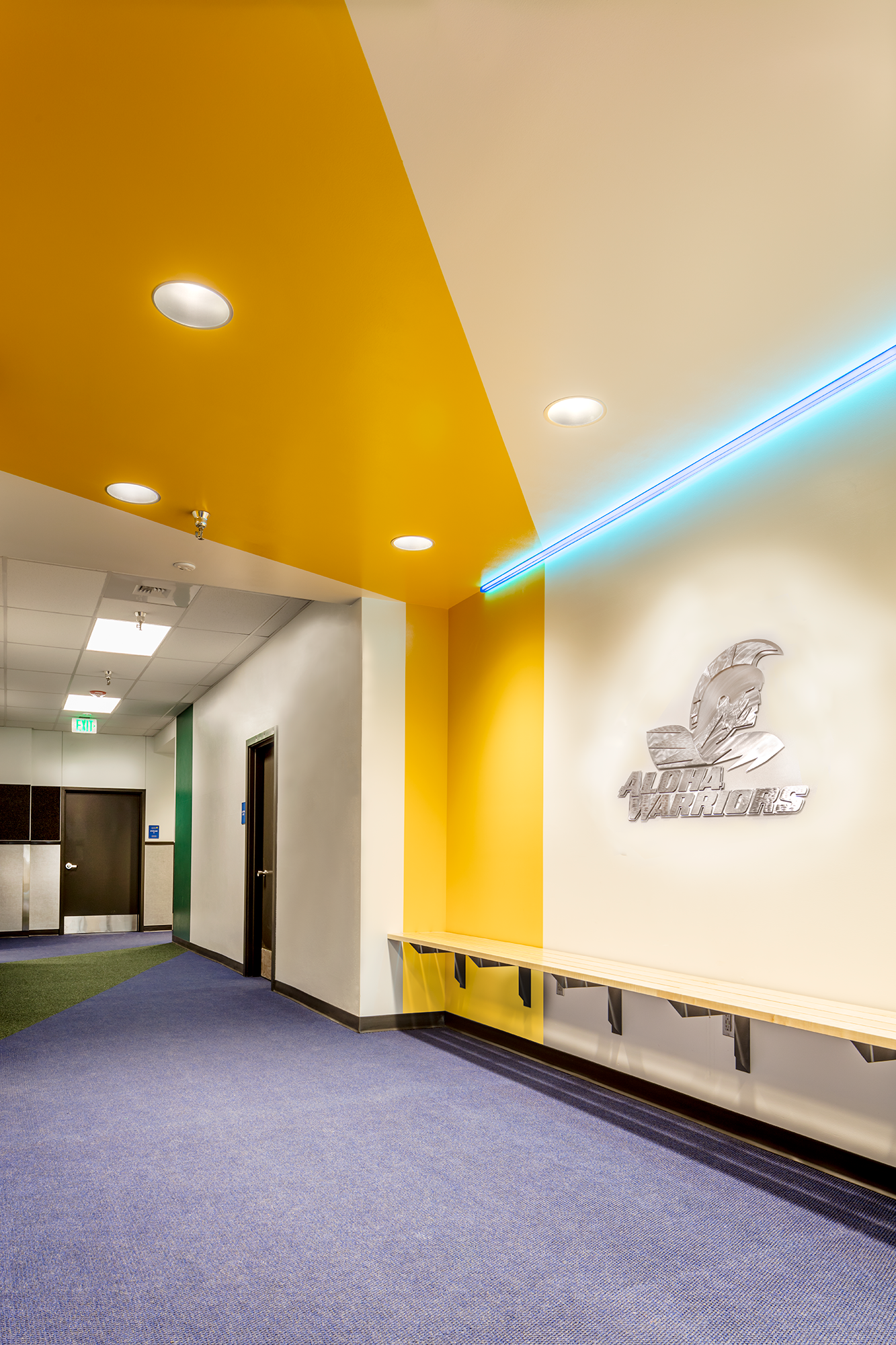